The 5,000 Sq. ft. structure, which includes 6 bedrooms, battlements and rooftop flagpole, was designed by James himself to create the ultimate forever family home.

The site originally contained a 1960 bungalow – a house in which James’ first child was born. But 18 months later, he demolished the bungalow and set about reconstructing the land.

But no sooner had the house been torn down did James learn that his wife was pregnant with their second child.

With an unexpected little one on the way and completion of the project still two years off, the Holmes family found themselves homeless for a period.

Due to health complications with the baby, James juggled hospital stays and day-to-day business with hands-on involvement in the building of the house.

Combine that with development administration obstacles, and an incident where James fell through the floor, breaking two ribs in the process, the construction of the castle was a genuine labour of love. But brick by brick, James put it together his way.

Now, two years, after demolishing that bungalow, the Dore Road development is a remarkable sight. The property includes an on-site office, allowing James to keep close to the pack while working, and 6 bedrooms, enough to ensure the whole family have a castle to call home.

Through blood, sweat, tears and broken bones, James and his family came together to create security for generations to come – a home where the kids can say “this is the house that daddy built.”

BACK TO DEVELOPMENT PORTFOLIO 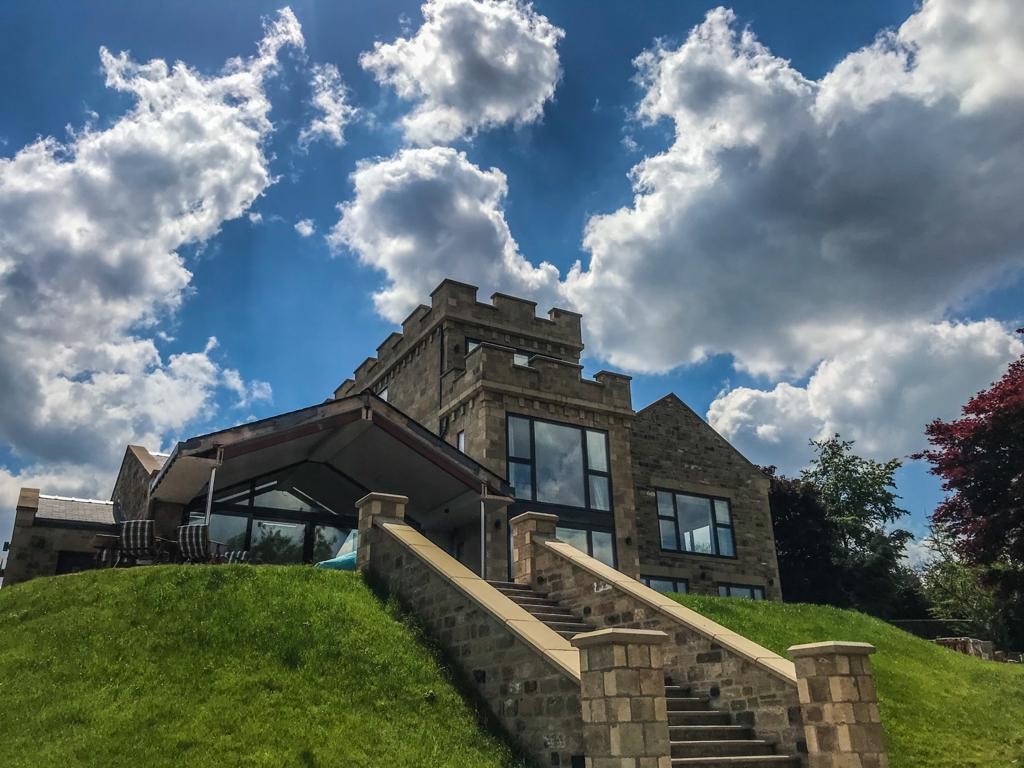